A new year signifies a new experience among students and instructors alike, ready to learn more about the world around them. How could this milestone be hurtful or helpful? This momentous occasion is just one more step into how your future is altered or changed from what it could be, after all.

Those who believe in the abrupt changing of lifetime events through small changes believe in The Butterfly Effect, or something similar to that, and fear stepping out of their comfort zone to confront the new horizon that they have been presented with. They often fear that the structure and orders of life itself could be altered by simply changing, and the change scares people out of adjusting to new things. To truly overcome the fears that follow change, you must accept differences rather than defeating them.

The Butterfly Effect a metaphor for sensitive dependence on initial conditions, such as the soft wings on a butterfly changing wing patterns or a stamp placed on a helicopter blade. The universe is a vast place and, by this logic, everything will always be affected by even the tiniest ant picking up a crumb of bread. If one cannot change the turn of events, why fight the changes in the first place? Universe rules are as follows: the universe wins all the time over pesky humans. On the opposing hand, change happens for the better spectrum of life on Earth. If butterflies, for instance, did not change, they would be inching, boring, landlocked caterpillar waiting to be mantis food. Everybody loves a butterfly and how it majestically moves its wings; we do not focus on how its wings could generate a gust of unnoticeable wind and hypothetically change the direction of a deadly tornado. Stopping change would never be the answer if it meant keeping the winged little rapscallions from their true intentions of whatever butterflies are so inclined to do.

Now for the motivation; if someone falls down, they should get right back up and punch that thing that pushed them down, and if it’s the wind punch it harder. Change is worth the risk of unfamiliar knowledge and a lack of understanding, as long as it is understandable over time. In order to adjust, change must happen in the first place. The future will be the future and the past will stay the past, but the now affects how much the future will reflect the past; if it has already been lived, repetition will kill its ability to die. 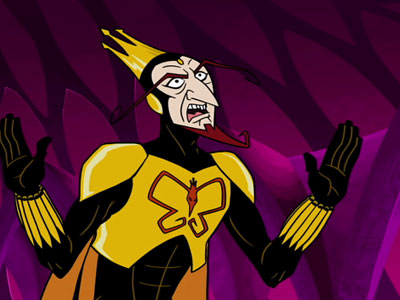